A character full of controversy, sometimes with hidden identity and the one who will act out of curiosity rather than Charlatan are the one who will just wait and watch and act accordingly in secrecy without letting anyone know.

You know people well and you know what they want. As a Charlatan you know their weaknesses and strengths and not only this but you are also aware of your own skills that you use for deception. With your charming looks and flattering personality, you constrict people into your deals and make them do what you wanted them to do.

These attributes of a typical Charlatan is the result of long term exposure to such environment and interaction with such people that somehow or somewhere deceived him for their personal gains and this deceitfulness of the society made him what he is today; so, this is what molds a naïve person who lacks any worldly wisdom, experience, and sophistication into a person who knows the psyche of a person and how to manipulate him/her for his own personal gains.

Equipment: A set of fine clothes, a disguise kit, tool of the con of your choice (ten stoppered bottles filled with colored liquid, a signet of the ring of an imaginary duke), and a belt pouch containing 10gp

As a Charlatan you have to choose your favorite scheme; it is like a deception in which you are good at or your favorite kind of Deception. Roll on the table or choose from the following table:

Being deceitful and notorious in nature a typical Charlatan has to maintain another identity that he wears most of the time just to make sure that he is not being caught by anyone. False identity enables a charlatan to do those things which he cannot carry out as a real him because it will ultimately get him caught and not body wants it. This dual nature helps him in getting out of troublesome situations and also helps a Charlatan to take advantage of the people.

Now the question is what motivates a Charlatan to does all these things?

Well, answer to this might be a hard nut to crack because no one knows the real Charlatan because of his false identity, his flattery and happy go lucky nature. He will not expose his real self at any cost but it is certain that a Charlatan does that because he people to know of his presence in the society by not exposing his real identity and he manipulates people by getting friendly and by knowing the deep insecurities and taking advantage of it and indirectly forcing them to make decisions in a Charlatan’s favor.

Why roleplay a Charlatan?

The best thing about a Charlatan is that he or she has to maintain two personalities, so, it is like that you are not only playing the actual character but an additional character as well. People are not aware of your hidden identity and also the motives behind why have you maintained another identity? So, role-playing a Charlatan 5e is a kind of interesting and enjoyable thing to do. 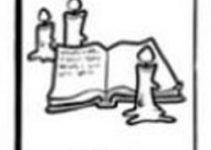 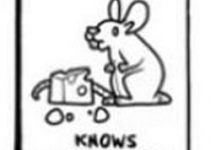 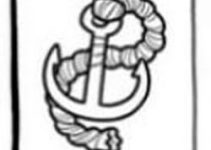