‘May your faith help you in challenge times, and, may your faith remind you to be thankful for the good times’- Catherine Pulsifer

Table of Contents show
What is an Acolyte in DnD?
Attributes of an Acolytes
Suggested Characteristics
Personality Trait
Ideal
Bond
Flaw
Why role-play an Acolyte?

Religion is one of the best things mankind has ever got since it becomes to civilize itself. It has served humanity in its different form of it. It has served humanity with some of the positive things like Brotherhood, love, and compassion to others, feeding the poor and helping those who are needy but on the other hand, it has brought a biased approach to the others, a war in the name of being the one and true religion and many other menaces that could be blessing in disguise for some but for other, it is nothing but devastation.

What is an Acolyte in DnD?

The world of DnD is occupied by Criminals, Warlords, Warriors, Rogues, and by many others. Among them, one of the key figures that play the role of a believer is an Acolyte. Acolytes as the word itself suggest that the one who carries out religious activities and one who performs prayers, duties of a particular temple and they are the Divine agents in the world.

You serve a GOD or Pantheon of GODS. Either you are serving the temple from your early childhood or You were the priest in the Temple who is leading a small group of people outside the community of the temple.

But the key thing is that not all acolytes or those who go to a particular place of worship is a cleric rather some adhered themselves to a simple life, performing duties of the monastery and fulfilling God’s commandments. So, we can conclude that an acolyte the probably the one who bridges the gap between the creator and his creation by performing ritual and sacrifice as per ordered by the GOD.

Attributes of an Acolytes

There are numbers of attributes adhered to an acolyte lets go through them one by one:

Religious gathering and your time that you spend at temples will shape you into an acolyte, your deep understanding of religion, the study of history, and relationship will temple alters your mannerism and ideals. Flaw includes hypocrisy, or heretical idea or staunch believe in an idea.

Why role-play an Acolyte?

Role-playing and acolyte could be one of the interesting things for those who want followers because you share the same faith with many other and they will follow you and this is what makes you shelter of the faithful, as an acolyte you will able to command and respect those whose shares your faith and they perk they can also enjoy is that they can get free healing and shelter from the temple. And those who follow you will support you in return.

By devoting yourself to a specific GOD or temple you can get to live there and can also get assistance from the priest as well. In addition to all these an acolyte skill, proficiency are insight and Religion; insight is due to the deep understanding of the religion.

You can choose two languages of your choice and your equipment includes, a holy symbol, a prayer book or prayer wheel, 5 sticks of incense, vestment, a set of common clothes, and a belt pouch containing 15 GP. 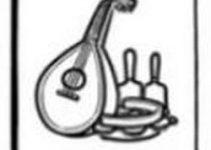 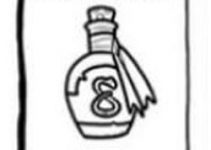 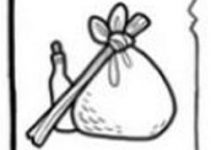